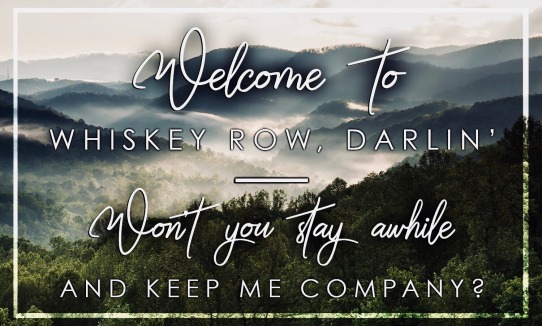 Guess who’s back, hanging with this loveable bunch???
Meeee!

I’m here in Whiskey Row catching up with the Sullivans, Romankovs, Holt, Guy, Cruz, and Ian as a new adventure unfolds. If you’re familiar with my writing, you know that my stories involve several towns with characters that intersect. It’s not uncommon to see favorites popping up in another series to lend a helping hand or a word of advice. That’s what you do for your ‘framily’. I can’t explain it; I just write where the stories take me. I know it’s been awhile since we’ve been back in The Row, but my inspirations were taking me everywhere but here. It may seem unfair to those wanting and /or waiting for a new Whiskey Row adventure, but just know that what may feel like a lack of focus comes from a place of love. I will not touch a story unless I can give due justice to the couples and you, the readers, that is well deserved.

So, here I am, settling down and preparing to really dig in and get to know Holton Brammer & Katerina Romankov. Already, WTH surprises are popping up, LMAO! Not surprising with this crew, though. Everyone’s stepping their game up. I’m not telling you what’s in store right now, but I can say with certainty that yes, Sidra will have the baby in this book, and it does pick up directly where No Greater Love left off. THERE IS NO RELEASE DATE YET. I am only in the beginning stages of crafting Holt and Kat’s story, with a gazillion notes to process. I’m also working on paperbacks and formatting eBooks for The Pursuit of Happiness, Perfectly Imperfect, and No Greater Love.

Per usual, the cover will make its debut in my newsletter, but all excerpts will take place here on my blog. Teasers might make an appearance on Facebook but only if they’re not too racy. 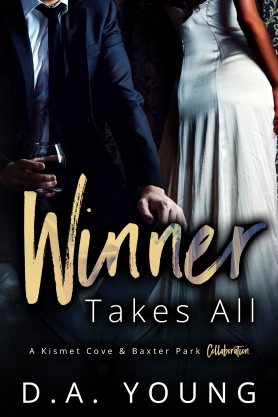 BAXTER PARK
Thank you for enjoying Winner Takes All! Thank you for being receptive to a new location, characters, and the way I told Grant & Divina’s story in two parts. The backstory on this couple was as central to these characters as the present and in no way could it have been shortened to brief flashbacks sprinkled throughout. Thank you for your continued patience. You’re simply the best!!!

Well, that’s it for now! I hope you had a safe and happy 4th of July and enjoyed this post.